Posted on June 26, 2019 by wordpress@british-red-sportscar.co.uk

Ages ago, I had a phone call from a local lady, who had been with a friend to the Crispin at Great Longstone, the pub where the High Peak Mog centre meets. He saw copies of the club magazine, and told the lady he would love to have a ride in one.
She contacted me, and we have been waiting for some nice weather.
Today was the day, so I drove over to nearby Sheffield, and met Sam, who, it turned out, had a ride in a Mog with three others some years ago. Many years ago, in fact. The 4 of them were riding around in a 3 wheeler Mog! It WAS years ago! So, he got in the car, and we set off, only to hear a peculiar flapping noise. I stopped, got out, had a look around the car, back nearside tyre as flat as a pancake. Two minutes later, wheel changed, we set off around the area, no more snags….!
He was such an interesting man…a really skilled wood worker…pattern maker…teacher….think I will have to call back sometime to catch up on some more of his tales! I have your phone number Sam! 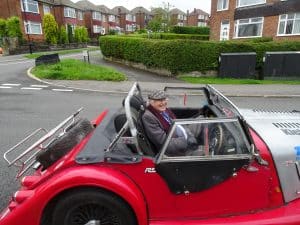 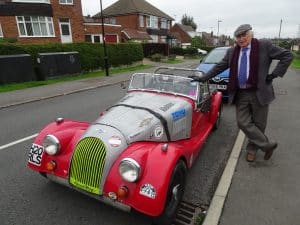 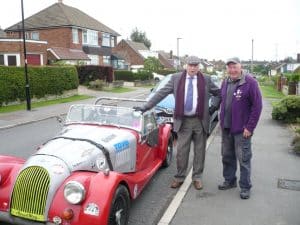 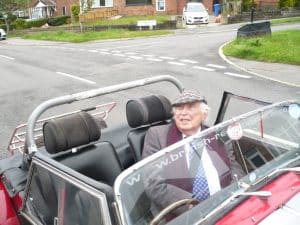 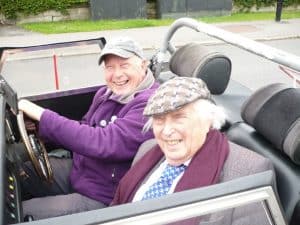